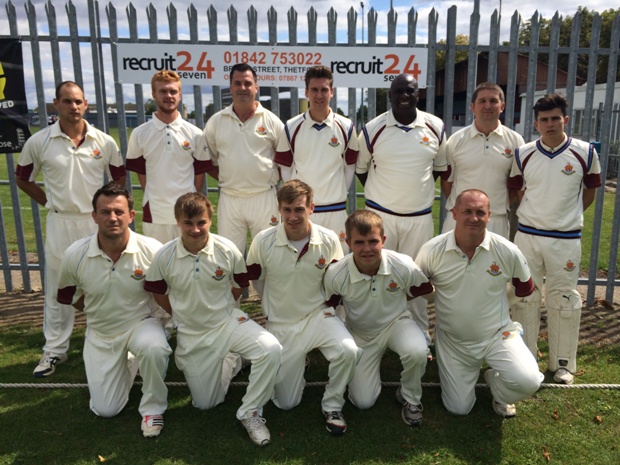 Recruit 24 Seven have renewed their sponsorship with Thetford Town Cricket club for a 3rd season.

Thetford Town Cricket Club had a successful season last year which saw the 1st team gain promotion last year and due to that now find themselves in the 2nd tier of Norfolk Cricket.

The 2nd XI remained in their division with mid table respectability, whilst the Sunday XI won their championship & were runners up in the cup competition.

The Under 13s finished in the top half of the South Norfolk & this year the club are introducing a girls team.

The club are also going through planning at the moment to put a fence that  encloses the cricket ground so all in all things are on the up and the future is looking very bright.

Recruit 24 Seven are proud to sponsor Thetford Town Cricket Club and wish them every success for the fast approaching season.